Over the years our coating systems’ many superior qualities have been confirmed on numerous occasions. Examples of this are the certification and recognition given by independent organizations and the excellent condition of the coatings on the underwater hulls and running gear of vessels after sailing for many years.

The past year has been an especially successful one. In this article we will be looking back at some of the major projects and success stories of 2022.

Earlier this year the Floating Storage and Regasification Unit (FSRU) Eemshaven LNG drydocked in Rotterdam seven years after our Ecolock coating was applied. The original underwater coating on the unit was in excellent condition, with no repaint required.

This was the second project carried out for EXMAR, after the application on the Tango FLNG in 2013. Like the first project, the FSRU was built in blocks. These blocks are coated individually before assembly, leaving only the weld seams and the areas inaccessible due to the support blocks to be painted after the barge is assembled. Coating over weld seams after assembly is very easy. The Ecolock system then consists of a single, homogenous covering of the steel. It leaves a smooth finished surface and the erection joint paint blends in perfectly with the coating on the rest of the hull.

Seaspan has, to date, applied Ecoshield to rudders and other running gear on over 65 vessels in their fleet with such success that they plan to continue using the specialized protective coating on newbuilds and on existing vessels. Early in 2022 we asked Mr. Emilian Jianu, in charge of all paint selection and application for Seaspan, for his insight and experience with Ecoshield.

Recalling the extent of the problems that Seaspan was encountering before they began using Ecoshield, Mr. Jianu said, “Most of our problem was with really huge cavitation damage. Huge! To the point of completely penetrated steel, making a hole so the rudder would even fill up with water. So, when it came to drydock, we were not just blasting and painting and letting the ship go – it was necessary to replace the steel plate. You can imagine the delays.”

The company was ready to test Ecoshield to see if it would help.

“At the first drydock after application we were able to see that the coating was completely intact and there were no signs of the damage that we had grown so used to and were trying to solve,” Mr. Jianu continues. “Last year I had a chance to see the rudders that were coated in 2012 or 2013. After high pressure washing we saw that no repair of Ecoshield was needed. In some cases, on the whole rudder blade there was perhaps 15cm of damage, clearly from mechanical impact. I have seen two or three ships after 10 years and it was the same story. Follow the instructions, prepare well before starting the job, and you won’t have any unpleasant surprises, not in the near future or even the distant future.”

Pleiades operates a fleet of five Panamax, three Aframax, three Chemical/Product tankers and has on order two new Aframax tankers to be delivered in early 2023.

Pleiades was experiencing erosion problems with the ships’ rudders and propeller wake equalizing ducts resulting from cavitating flow. “With all the Panamax sister vessels built in 2005 and 2006 we were experiencing erosion problems in way of the rudder blades and the wake equalizing duct of the propeller, especially in each forward part of the hydrofoil section that faces the water flow,” explains Mr. Gyftopoulos, Naval Architect and Marine Engineer in the Technical Department at Pleiades for more than 20 years. “So, either we were welding up or we were covering up the deep pits with hard epoxy filler material and then grinding before applying paint.” This had become standard part of every drydocking.

The first application of Ecoshield was on the Evrotas in drydock in Poland in 2013. Mr. Miltos Synefias recalls a few years later, “The decision to apply the coating on the first vessel was not an easy one, but the results obtained made the choice to extend the coating to other vessels obvious.”

“I am the one who usually drydocks all the sisters, so I saw the result was astonishing,” says Mr. Gyftopoulos, who is enthusiastic about Ecoshield. “Even now with Xanthos a few days ago – my memory is fresh – after the high pressure washing to remove all the slime and dirt from the entire hull, we could see that the rudder blade and propeller nozzle were in excellent condition. We did not have to do anything. The Ecoshield was applied seven years ago. It’s still there. It’s fantastic.”

Seaspan and Pleiades are just a few of the growing number of shipowners who use Ecoshield strategically to protect the rudders and running gear of their entire fleet. They see the savings that are possible because there is reduced time in drydock at newbuild and when in service, no hot work is needed anymore.

Shipowners that began with a test on a single rudder have since ordered the same protection for the running gear of their entire fleet. Several have included the coating in the newbuild specs to make sure cavitation and corrosion cannot touch the steel of their ships’ running gear. Even after years of service these owners are experiencing zero cavitation damage or failure.

Just in the last six months of 2022 Mediterranean Shipping Company (MSC) went from ordering just one rudder to having our coatings on 25 vessels with more planned for the near future. They follow the same routine as many other owners: as soon as a vessel is scheduled for drydock they contact us with the specifications of the areas they want protected and we arrange for the coating to be delivered to the yard at the requested time and an inspector scheduled for the application. It’s as simple as that. No further fuss or planning for the owner and, more importantly, no more worries about the condition of his ship’s running gear for the remainder of its service life.

Marinus and Gerarda Scherpenisse bought their first ship, the Tikerak, in 1979. Between then and 2006, they owned four more ships and continued trading as far south as the Mediterranean and as far north as Finland.

In 2018, they built themselves a 12.8 m trawler-style yacht, the Kennedy, to make their home. This granted Marinus his longstanding wish to have Ecospeed on the hull of one of his ships.

In 2021 they made the trip down the English Channel and across the Bay of Biscay to the Mediterranean and eventually back to Rotterdam. The boat made the trip there and back with no trouble at all.

Now that he has been sailing with Ecospeed on the hull for a couple of years, Marinus is in a position to evaluate his decision to use this special coating which is not yet very common on smaller yachts and boats. “Overall, I feel good about it,” he says. “What we have now will last for the rest of our lives, I think. So that’s good. And besides that, for the environment it’s the very best of course because you emit nothing at all into the water.”

Marinus has also found a solution to the hull cleaning, which is to carry compact, in-water cleaning equipment on board with him when he sails, and do some cleaning himself when needed.

Read the full article on the Kennedy: https://subind.net/case-study/kennedy/

In May Ecoshield was applied to the Hull Vane intended for an ocean-going patrol vessel or OPV. Hull Vane is a Dutch invention designed by Hull Vane BV. It consists of a submerged transom wing at the stern of the ship or boat which renders ships more efficient and quieter, while improving their seakeeping. It essentially converts the stern wave’s energy into forward thrust.

“It is by far the largest Hull Vane ever built and the first one to be installed on a naval ship,” says Niels Moerke, managing director at Hull Vane BV.

Nowadays the design of the Hull Vane is customized and optimized for each specific vessel. It is therefore important that the device be given the best possible protection.

There is no better coating suited for this task than Ecoshield. A thick vinyl ester base with a very high concentration of glass platelets forms the impenetrable barrier needed to resist corrosion. Applied at newbuild, it will provide lifetime protection.

Ecoshield is primarily used to protect rudders and other running gear, but it can be used to safeguard any area that needs special protection from corrosion and cavitation damage. The extra strength coating protects these areas for the service life of the ship. There is no need for recoating or major repair.

Over the last year our Ecospeed coating system was applied on the scrubber pipes, outlets and diffusers of over 30 vessels. Ecospeed fits in seamlessly with the environmental idea behind scrubber systems. It is a lasting, chemically resistant coating that will withstand the hazardous pollutants and protect the scrubbers for the lifetime of the vessel.

If an existing scrubber suffers corrosion damage, it is not too late to fix it. Subsea Industries’ sister company Hydrex regularly replaces scrubber overboard pipes. This is done on-site without the ship needing to go to drydock.

In all cases the new pipes are protected with Ecospeed. If no welding work needs to be carried out in close proximity to the coated area, the new pipes are coated in advance. If this is not an option, Ecospeed is applied after the new pipe is installed.

In 2022 we published a series of articles about the independent paint inspectors who play such an important role in making sure that our coatings are correctly applied and provide maximum protection for the longest time.

“The reason Subsea Industries always advises shipowners to have a qualified inspector representing us as coating manufacturer present on every project is to ensure that all the specifications and quality requirements are followed precisely,” explains Andi Hermans, Production Manager at Subsea Industries and himself a qualified paint inspector.

We consider the paint inspectors to be an essential element in our delivery and we frequently receive glowing feedback from our customers. They are an essential part of the team.

Contact us for information or a quote for an upcoming project

Do you have a newbuild or docking coming up that you feel Ecoshield would be the perfect fit for? Contact us now and we will answer your questions and provide a quote for the project. 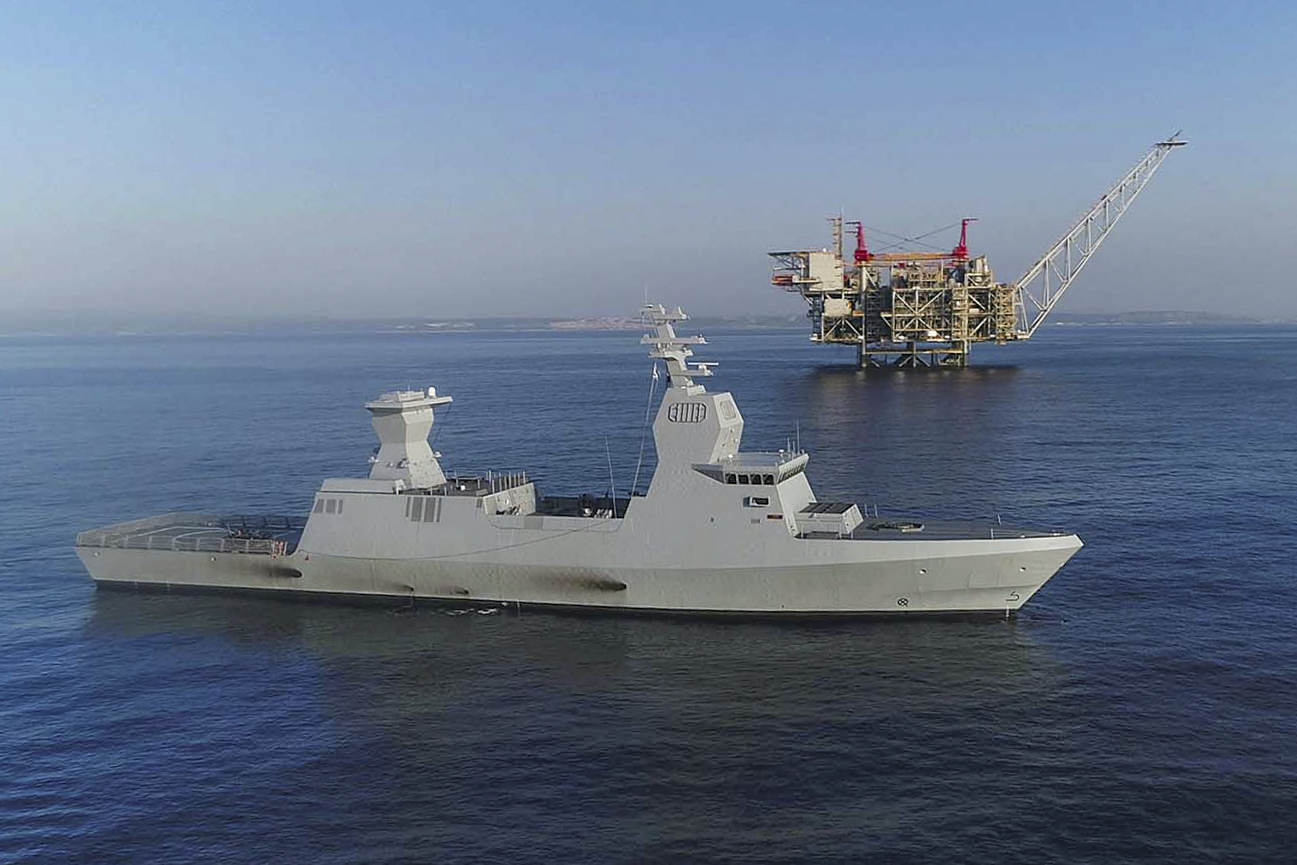 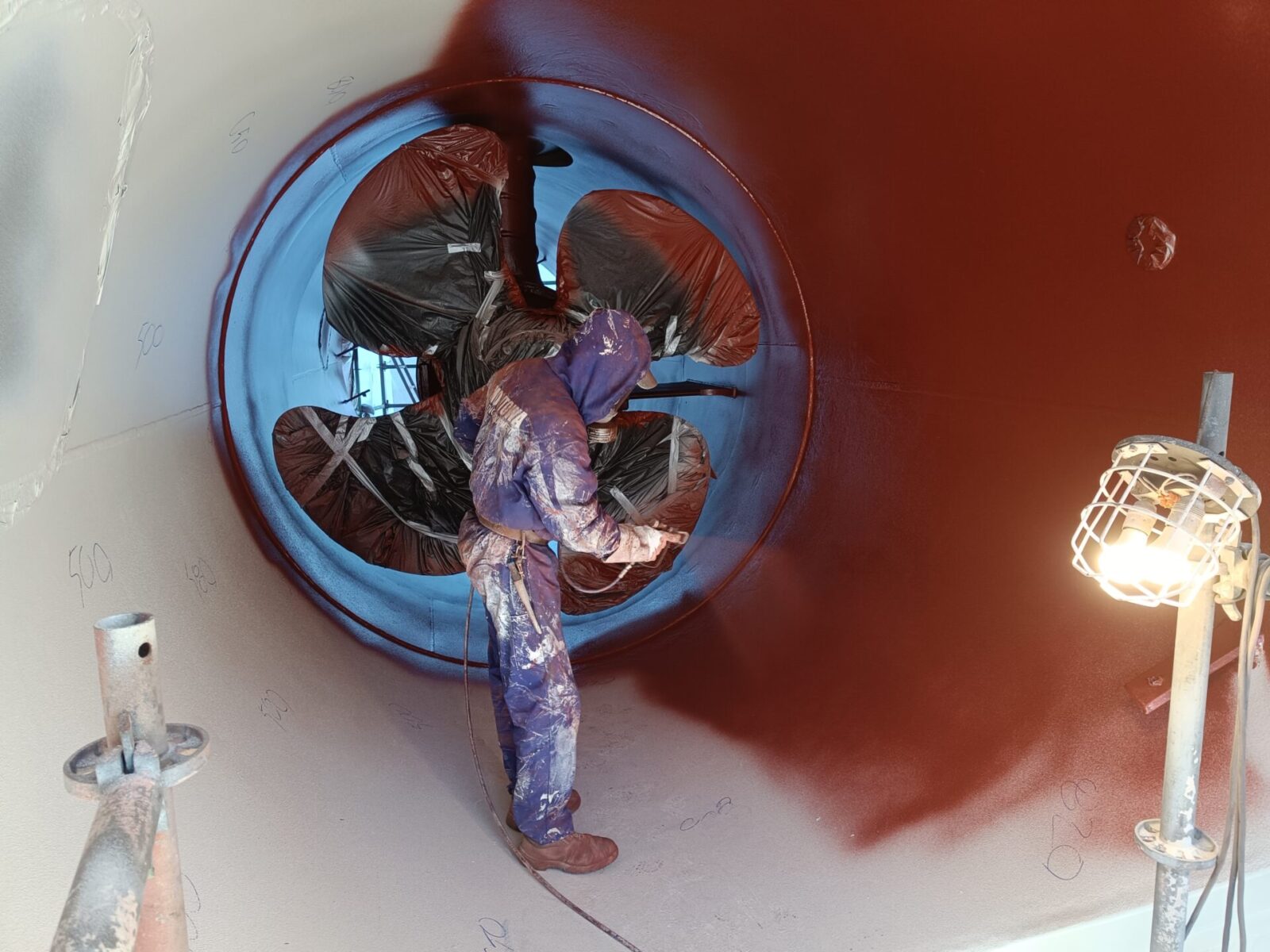 Sign up to receive our monthly magazine and special announcements